ISTANBUL, is the largest city in Turkey, constituting the country’s economic, cultural, and historical heart. With a population of 14 million, the city forms one of the largest urban agglomerations in Europe and is among the largest cities in the worldby population within city limits. Istanbul’s vast area of 5,343 square kilometers (2,063 sq mi) is coterminous with Istanbul Province, of which the city is the administrative capital. Istanbul is a transcontinental city, straddling the Bosphorus—one of the world’s busiest waterways—in northwestern Turkey, between the Sea of Marmara and the Black Sea. Its commercial and historical center lies in Europe, while a third of its population lives in Asia. 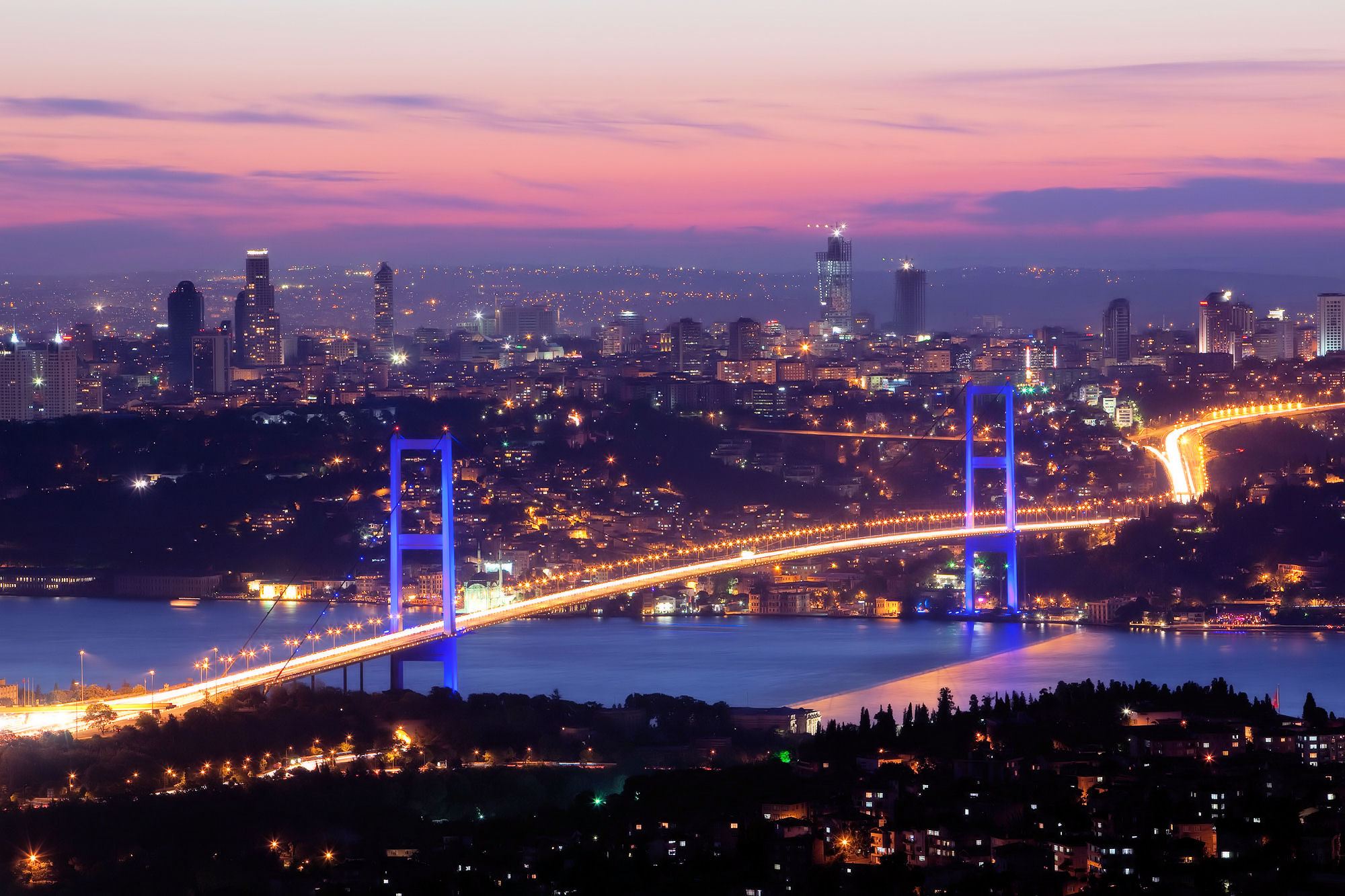 Founded on the Sarayburnu promontory around 660 BC as Byzantium, the city now known as Istanbul developed to become one of the most significant cities in history. For nearly sixteen centuries following its reestablishment as Constantinople in 330 AD, it served as the capital of four empires: the Roman Empire (330–395), the Byzantine Empire (395–1204 and 1261–1453), the Latin Empire (1204–1261), and the Ottoman Empire (1453–1922). It was instrumental in the advancement of Christianity during Roman and Byzantine times, before the Ottomans conquered the city in 1453 and transformed it into an Islamic stronghold and the seat of the last caliphate. Although the Republic of Turkey established its capital in Ankara, palaces and imperial mosques still line Istanbul’s hills as visible reminders of the city’s previous central role.

Istanbul’s strategic position along the historic Silk Road, rail networks to Europe and the Middle East, and the only sea route between the Black Sea and the Mediterranean have helped foster an eclectic populace, although less so since the establishment of the Republic in 1923.

The city’s biggest draw remains its historic center, partially listed as a UNESCO World Heritage Site, but its cultural and entertainment hub can be found across the city’s natural harbor, the Golden Horn, in the Beyoğlu district. Considered a global city, Istanbul hosts the headquarters of many Turkish companies and media outlets and accounts for more than a quarter of the country’s gross domestic product. Hoping to capitalize on its revitalization and rapid expansion, Istanbul is currently bidding for the2020 Summer Olympics.

Istanbul is the only city in the world that spans over two continents. Europe and Asia. The city embodies mystery, intrigue, and glamour which left most other cities long ago. While the museums, palaces, great mosques, and bazaars seem inexhaustible, there’s also an unexpected natural beauty. From the shores of the Bosphorus at sunset, the red evening light reflects in the windows on the opposite shore and you understand what attracts people to this glorious city.

Shopping in Istanbul is most likely the least expensive in entire Europe, food is varied and exquisite combining unique tastes of European, Mediterranean and Middle Eastern cuisines -thanks to the Ottoman Empire once spanned from eastern Europe to Northern Africa and deserts of Arabia-, and the twelwe million who live here mingle with a wide variety of people walking its streets.

Like a lost and forgotten kingdom, Istanbul is waiting to be discovered again. Istanbul is a very old settlement with its 8000 years history. Istanbul is a living museum with its historical sites in open air, one can continuously find new beauties and interesting places. Istanbul is also a meeting point for all the religions.

Topkapi Palace : Is a large palace in Istanbul, Turkey, that was the primary residence of the Ottoman Sultans for approximately 400 years (1465-1856) of their 624-year reign.

As well as a royal residence, the palace was a setting for state occasions and royal entertainments. It is now a major tourist attraction and contains important holy relics of the Muslim world, including Muhammed’s cloak and sword. The Topkapı Palace is among the monuments contained within the “Historic Areas of Istanbul“, which became a UNESCO World Heritage Site in 1985, and is described in Criterion iv as “the best example[s] of ensembles of palaces

Hagia Sophia is the one of the most visited museums and most prominent monuments in the world in terms of art and the history of architecture. It has also been called “the eighth wonder of the world” by East Roman Philon as far back as the 6th century.

The current Hagia Sophia is the third construction, done in a different architectural style, even though it occupies the same location as the previous two. The original building was constructed by the most important architects of the period (527-565), Anthemios (Tralles) and Isidoros (Miletus), under the order of Emperor Justinianos. It is mentioned in the resources that during its construction period, the two prominent architects each had 100 architects working under them, who in turn had 100 workers each working under them.

The construction of the Hagia Sophia began on February 23, 532. It was completed before long, approximately within 5 years and 10 months. It was then opened to divine service with a great ceremony on December 27, 537.

The Grand Bazaar (Turkish: Kapalıçarşı, meaning “Covered Bazaar) in Istanbul is one of the largest and oldest covered markets in the world, with 61 covered streets and over 3,000 shops which attract between 250,000 and 400,000 visitors daily. The construction of the future Grand Bazaar’s core started during the winter of 1455/56, shortly after the Ottoman conquest of Constantinople. Sultan Mehmet II had an edifice erected devoted to the trading of textiles. 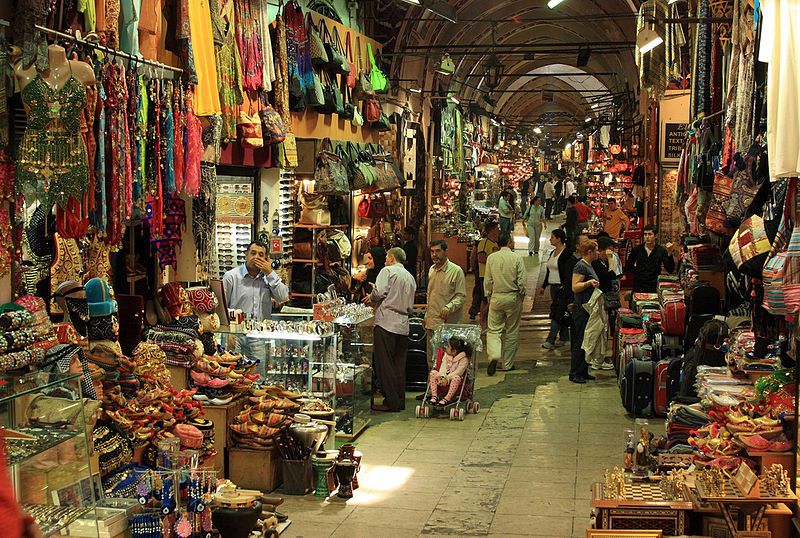 The Sultan Ahmed Mosque (Turkish: Sultanahmet Camii) is an historical mosque inIstanbul. The mosque is popularly known as the Blue Mosque for the blue tiles adorning the walls of its interior.

It was built from 1609 to 1616, during the rule of Ahmed I. Like many other mosques, it also comprises a tomb of the founder, a madrasah and a hospice. While still used as a mosque, the Sultan Ahmed Mosque has also become a popular tourist attraction.

The Basilica Cistern , is the largest of several hundred ancient cisterns that lie beneath the city of Istanbul (formerly Constantinople), Turkey. The cistern, located 500 feet (150 m) southwest of the Hagia Sophia on the historical peninsula of Sarayburnu, was built in the 6th century during the reign of Byzantine Emperor Justinian I.

The name of this subterranean structure derives from a large public square on theFirst Hill of Constantinople, the Stoa Basilica, beneath which it was originally constructed. Before being converted to a cistern, a great Basilica stood in its place, built between the 3rd and 4th centuries during the Early Roman Age as a commercial, legal and artistic centre. The basilica was reconstructed by Ilius after a fire in 476.

Ancient texts indicated that the basilica contained gardens, surrounded by a colonnade and facing the Hagia Sophia. According to ancient historians, EmperorConstantine built a structure that was later rebuilt and enlarged by Emperor Justinian after the Nika riots of 532, which devastated the city. 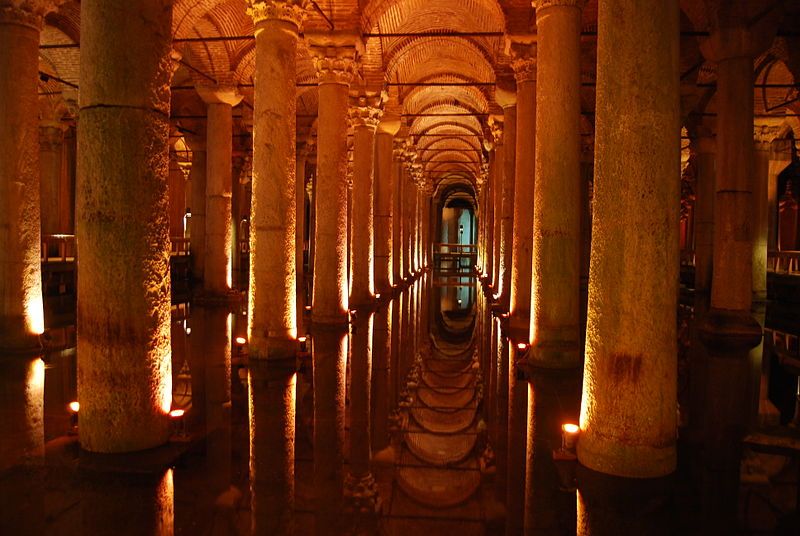 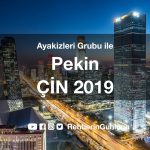 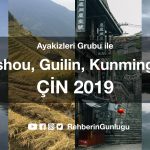 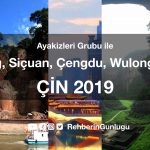 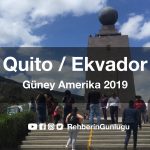 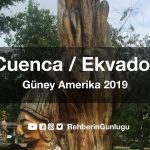